This is a recreation of the late medieval long stitch binding that was used for note taking by students at emerging universities, account and record keeping by the new mercantile class.

The long stitch binding was certainly in use in the middle ages (possibly as early as the Romanesque period, certainly by the 14th century) as a structure for stationery bindings across Europe, and continued to be used for small notebooks, etc, well into the 16th century.
The long stitch binding was popular in Germany throughout the sixteenth century and into the seventeenth for school and university student books, often sewn through leaves of medieval manuscript waste, they were also widely used with parchment and cartonnage covers in the Low Countries in the seventeenth century (and probably earlier) and survived there as the preferred binding for almanacs until at least 1906. 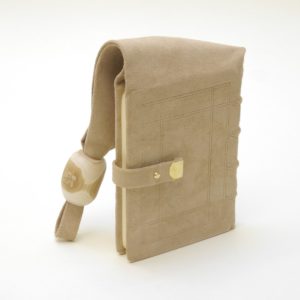 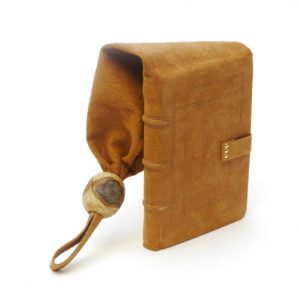 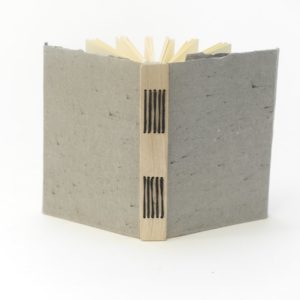 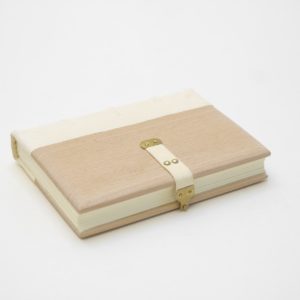 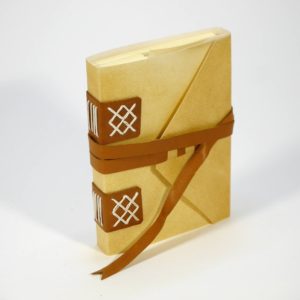 This is a recreation of the late medieval long stitch binding that was used for note taking by students at emerging universities, account keeping by the new mercantile class. 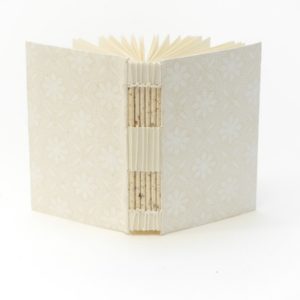